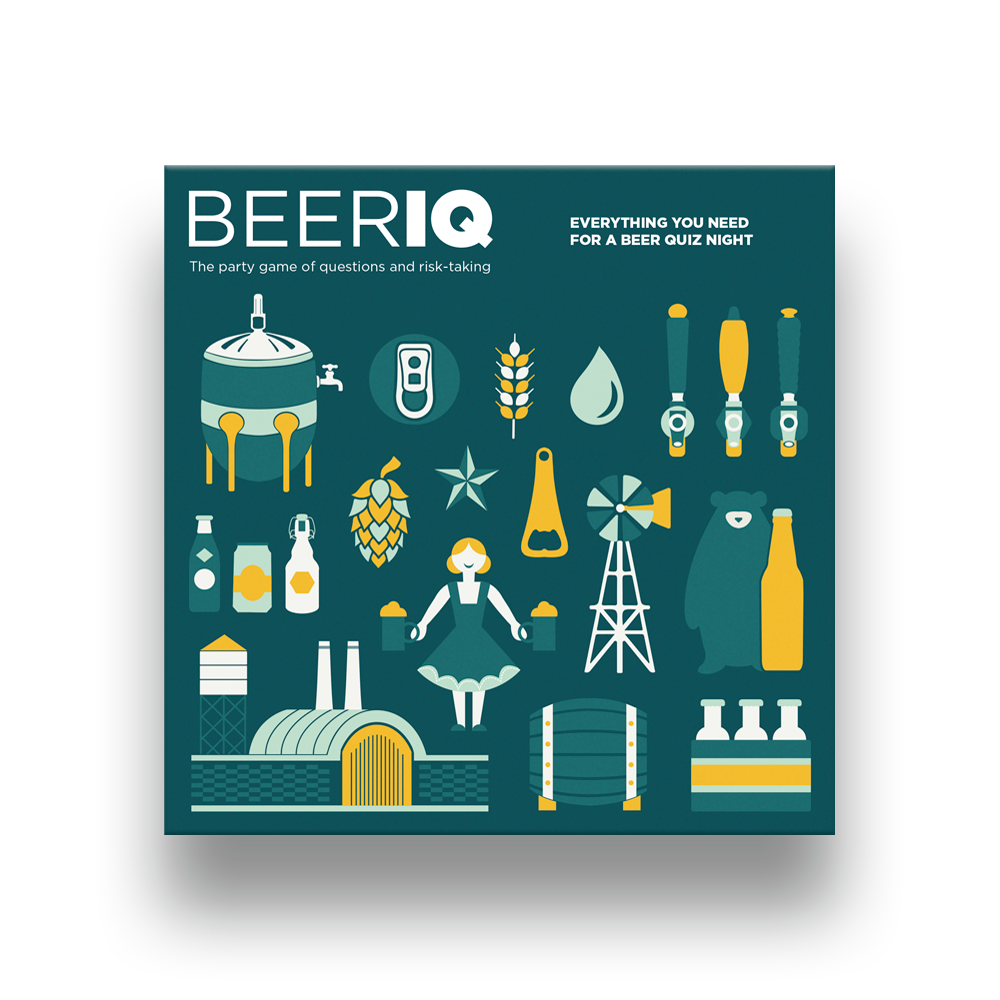 BeerIQ is the ultimate game for beer lovers. It comes with 400 multiple-choice questions. Correct answers are counted as IQ points. It is played in teams over two rounds. The first round tests your knowledge. The second round tests your memory, making the game accessible and fun. You can take risks to score more points, but will you trust your team-mates?

Teams compete against each other for the highest BeerIQ.

•  Featuring fascinating questions and stories about beer
•  Played in teams
•  Fast to play, fun to score
•  Favors learning
•  Everyone can win
•  Party game, perfect to animate an evening

Vous aimerez aussi
Vous aimerez aussi
Cochez les articles à ajouter au panier ou
Vus récemment
Arrow up
Recherche propulsée par ElasticSuite
29,00 Fr.
We use cookies to give you the best online experience. By using our website you agree to our use of cookies in accordance with our cookie policy.
More information
Accept Close
Cookie Settings