Each turn, players must choose 1 of 3 actions: play a card, draw or take a risk. The card played has to be equal or higher than the previous one. Playing high cards will bring you more points, but it will also end the round faster, to your advantage or the one of your opponents. If special cards can help you, they will definitely surprise the others and bring interaction.
Players win prickly pears at the end of each round, unless they lost it. Game stops when a player has collected 5 cards. For ages 7 and up.

• Fun and quick card game, intense until the end
• Tactical hand-management with push your luck

Goal of the game

Score as many points as possible via the prickly pears depicted on the cards. The player who has the most prickly pears after someone gains their 5th card, is the winner.

Sophia Wagner started making games while studying geoscience. And she has been making games ever since. She decided to follow her dreams and became a full-time author. Mada is her seventh published game! Sophia enjoys creating strong experiences with very few rules, as well as inventing complex mechanics that will challenge your brain! 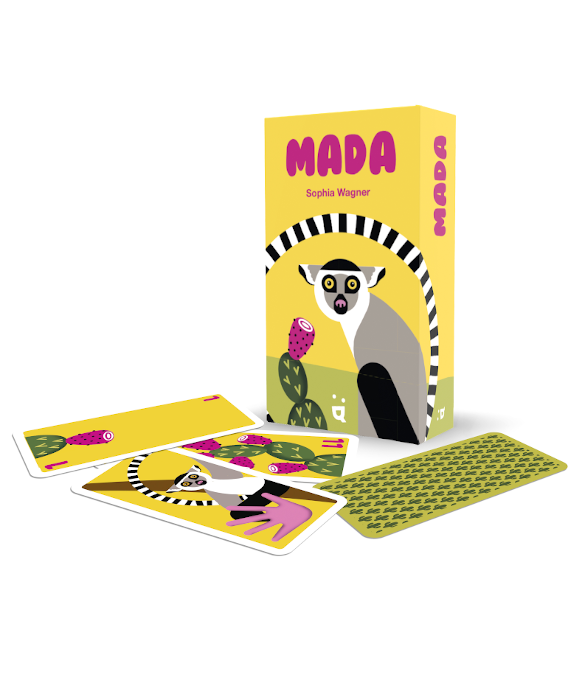 Related Products
Related Products
Check items to add to the cart or
Recently Viewed
Arrow up
Search engine powered by ElasticSuite
€12.00
We use cookies to give you the best online experience. By using our website you agree to our use of cookies in accordance with our cookie policy.
More information
Accept Close
Cookie Settings